Following his graduation from the Georgetown University Law Center in 1991, Mr. Twersky was employed for several years as a commercial and civil litigation associate in New York City. In 1996 he founded the law firm of Fruchter & Twersky, LLP, which later changed its name to Abraham, Fruchter & Twersky, LLP.

At Abraham, Fruchter & Twersky, LLP, Mr. Twersky has also focused on, among other things, short-swing insider trading actions pursuant to the provisions of Section 16(b) of the Securities Exchange Act of 1934. Mr. Twersky played a lead role in Levy v. Office Depot, Inc., in which a shareholder of Purchasepro.com alleged that as a consequence of the CEO of Office Depot serving on the Board of Directors of Purchasepro.com, Office Depot’s trades in Purchasepro.com securities violated the insider trading provision of Section 16(b). Following PurchasePro.com’s bankruptcy filing, AF&T was retained by the Debtor with the Bankruptcy Court’s approval to continue with the prosecution of the action on the Debtor’s behalf. The case settled for $9.4 million, more than half of the recoverable profits, after the Firm’s successful appeal to the U.S. Court of Appeals for the Eleventh Circuit.

Mr. Twersky played a lead role in a settlement valued at $38 million in Rosenberg v. Delta Airlines, Inc., an action commenced in Delaware District Court against Delta Air Lines on behalf of Priceline.com for violations of the insider trading provisions of Section 16(b). He also played a lead role in a $20 million cash settlement of a Section 16(b) action in Levy v. Southbrook International Investments, Ltd., et al. brought in U.S. District Court for the Southern District of New York where Judge John S. Martin, Jr. in praising AF&T’s work stated “counsel’s effort here provided a bonanza to the corporation . . . as the sole result of the diligence and sagacity of Plaintiff’s counsel.” 2001 U.S. Dist. LEXIS 7097, at * 20 (S.D.N.Y. May 31, 2001).

Mr. Twersky has appeared several times at SEC staff meetings to discuss pending issues concerning Section 16(b) litigation, has provided the SEC with written comments concerning the proposed promulgation of SEC Rules pertaining to Section 16(b) (Comments with respect to Proposed Rule: Ownership Reports and Trading by Officers, Directors and Principal Security Holders, Release Nos. 34-49895, 35-27861, IC-26471 (June 21, 2004), available at www.sec.gov) and has been referred to as a leading practitioner in the field of Section 16(b) litigation. Romeo & Dye, Comprehensive Section 16 Outline 288 (June 2003).

Mr. Twersky played a leading role in AF&T’s consumer class action litigation. Mr. Twersky achieved a favorable ruling from a New York State Appellate Court on an issue of first impression barring mortgage lenders from charging New York State residents a fax fee in connection with the provision of mortgage payoff statements and holding that consumers had an implied private right of action to recover any such fees paid. The decision was “Decision of the Day” in the November 19, 1999, edition of The New York Law Journal and is reported as Negrin v. Norwest Mortgage, Inc. (163) A.D.2d 39, 700 N.Y.S.2d 184 (2d Dep’t 1999).

In a case the Firm brought on behalf of consumers across the country against the four largest sunscreen manufacturers in the U.S. alleging the false advertising and labeling of sunscreen products, Mr. Twersky has played the lead role in the case and in obtaining a favorable ruling on issues relating to the federal preemption of state law claims, primary jurisdiction, and related doctrines. The case is currently pending in the Superior Court of California, Los Angeles County. In re Sunscreen Cases, JCCP 4352 (Sup. Ct. Cal.).

Mr. Twersky has served on the Federal Regulation of Securities Committee of the American Bar Association as well as its Civil Litigation and SEC Enforcement Matters and Annual Review of Federal Securities Regulation Subcommittees. 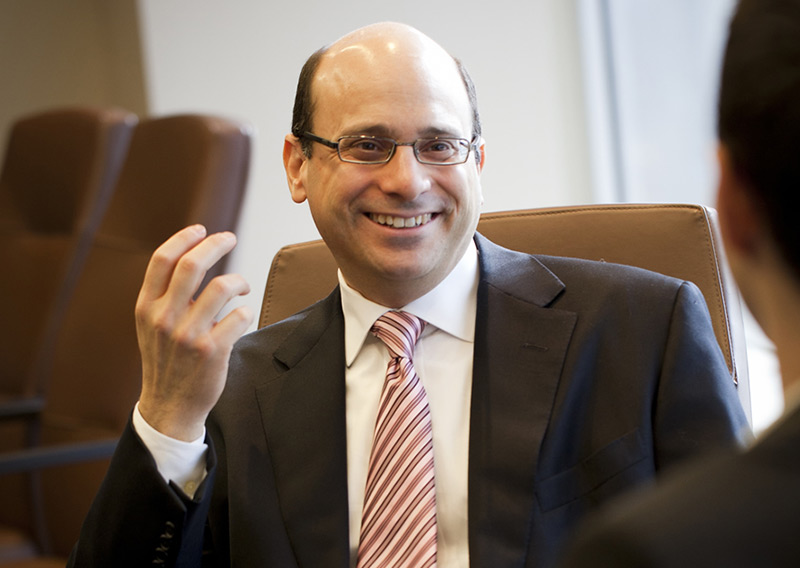